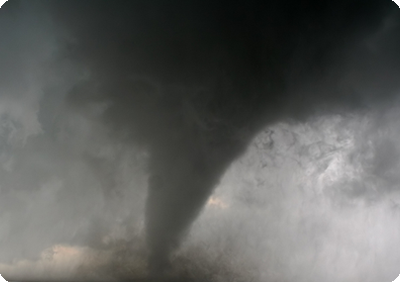 Whether you believe in global warming or not, it sure seems as if the weather patterns in the United States have become more and more severe since the turn of the century and there are certainly parts of the nation that are in harm’s way when it comes to floods and earthquakes. Lenders normally require businesses in those areas to purchase protection against these catastrophic events. It’s also common sense.

Now understand that both flood and earthquake protection is 100% excluded by all insurance companies. That’s why it’s worth talking about this right here, right now before it is too late. The alternative might be your personal and business ruination.

Look at the catastrophic week of August 22, 2011, when Washington D.C. and Philadelphia — to name just two major metropolitan areas — experienced earthquake damage. Damage to businesses totaled approximately $15 million dollars but it’s been estimated that less than 1% of all businesses in those cities had any type of earthquake protection. The extremely sad part of this is that the average cost nationally to insure for earthquake protection is in the hundreds of dollars range at most. At Insuring Lawyer, earthquake is always endorsed on all policies to protect you properly. Your current generalist insurance broker is snoozing at your peril. Fire him or her right now and get protected properly!

As if the earthquake that rocked Washington DC and Philadelphia on August 23, 2011 wasn’t enough, Hurricane Irene came blowing through that weekend causing unprecedented flooding to the eastern seaboard, literally wiping out entire communities.

The killer factor was that areas hundreds of miles inland and not designated as flood plains sustained catastrophic flooding. Early estimates were that only 20% of these businesses in those areas had flood protection. This was a potential death blow to many of them.

Once again the shocking and sad part is that if your firm is not in a flood plain, the cost to protect your practice is highly affordable, usually running around $1,000 annually. It only makes sense to budget less than $3 day to protect your livelihood from being wiped out. And don’t think you can keep an eye on the Weather Channel and purchase flood protection a week or a few days ahead of time because there is always a 30-day waiting period.

Act today and make it fit your budget — or risk Mother Nature being the ultimate decider of your fate.

Harassment, discrimination and unfair termination lawsuits are swarming in our present society. Since frivolous lawsuits abound, it only makes sense to understand this area of business and be prepared. Sad to say, this is a policy that only about 5% of lawyers and law firms choose to purchase. The average cost runs from $800 to $1500 annually. This means you’re looking at about $5 per day.

What does such protection cover and why is it needed? Examples of harassment vary and are often nothing like what the average person imagines.

In a certain legal firm, a male lawyer took a liking to one of the paralegals with whom he worked. His motives were innocent. He didn’t feel he was harassing her. He truly liked her. While he was not being aggressive, he was persistent. Because of that, the paralegal, who did not share his feelings, finally got fed up with his pursuit and quit. She then filed a suit stating that she was forced to quit because she was being harassed. If that firm in question doesn’t have the right protection, they will be out the defense cost. The average defense cost for any harassment, discrimination and termination lawsuit is $58,000. Are you surprised? Most lawyers I talk to have no idea it could be that expensive just to prove their innocence.

The foregoing example is between non-partners, but let’s looks at another situation.

Martin is the managing general partner of a third-generation, well-known and respected law firm situated in the suburbs of Detroit. Martin worked hard and had done so all his life. He’d bent over backward to make his practice known as the go-to player for estate planning. People from all over Michigan made it a point to consult his firm for their estate planning needs.

Martin was a former All Big Ten linebacker who’d played three years professionally and used language that would be considered a bit spicy. While he would never take the Lord’s name in vain, he did use a wide variety of the other types of off-color language. When things didn’t go exactly right, Martin also had a touch of bad temper. People who knew him shared that this was nothing more than his testosterone kicking in and one of his strengths. That was especially when the spicy language would come forth. However, he was careful that it only happened when he was in his office — never within earshot of clients.

One young secretary, unbeknownst to Martin, took great offense at this and to his surprise Martin was presented with a lawsuit for using foul language. He was especially surprised because neither his anger, nor his foul language, had ever been directed toward this particular secretary or anyone associated in his firm. He was quickly to learn that that did not matter. He still had a lawsuit to with which to deal!

Unsuspecting lawyers find themselves in a real dilemma due to a segment of society who are professionals at filing lawsuits over hiring discrimination. These people are looking for a quick five to ten thousand dollars and will proceed to accuse a business of not hiring because they are the wrong color, wrong size, and wrong age and so on.

Granted there are some such lawsuits that are legitimate, but the point is in our over-zealous, litigious society, it can happen to any firm at any time. It will take a minimum of forty hours of attorney time to get rid of the insidious thing and that could take at the least ten grand out of pocket.

The hidden gremlin of harassment can also pop out in the form of a client. In one case it was at Nate’s firm in Denver, known locally and even nationally as a great place for professional athletes and entertainers to get the best representation. One big superstar was getting a little overly zealous in his flirting with the one of the paralegals. Since it was somewhat out of character for this particular client, Nate tended to overlook it and quite honestly thought the paralegal (the one who had the courage to complain) was being overly sensitive.

She ended up quitting her job and filed a harassment suit against Nate’s firm. She had been with Nate for a number of years and this was her main job, but she was simply unable to handle this situation.

At first Nate was incredulous, thinking the suit was against him. Then he learned it was due to the prominent client. Other support staff were then subpoenaed and under deposition had to tell the truth about the matter. They had to relate that this particular client had been acting inappropriately.

Nate quickly learned that he had no coverage at all for such things. He settled out of court for $500,000. The paralegal got her job back, and the court ordered that the wealthy client be banned from any contact with her — naturally humiliating for him. The entire situation was bad for everyone involved.

In a well-respected firm in St. Louis, a junior Lawyer felt that an African American couple was being exceptionally demanding of him. He seemed unable to please them. Finally, becoming exasperated, as he turned away he made a derogatory remark. He thought they couldn’t hear, but not only did they hear, others nearby heard it as well.

The partners of this particular firm ended up settling out of court for $75,000. But that wasn’t the end of it. They also ended up paying another $35,000 in legal fees. Their firm was required to set up training for all staff and partners (they had several locations), which cost an additional $10,000. And it hit the newspapers, which was publicity of the worst sort. 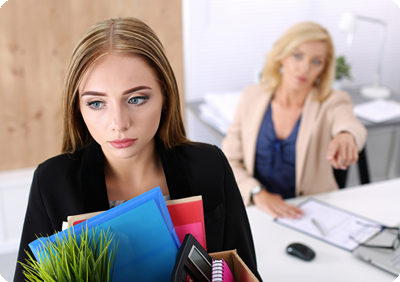 There are so many gray areas within harassment and discrimination complaints, it’s hard to even guess what might happen. No one — lawyer or otherwise — can be everywhere at once. Whether you have one location or ten, things will happen that are totally out of your control.

Every legal firm likes to think that they are fair and equitable in all their dealings with staff and clients.

While that may be true, as we’ve seen in these examples, many circumstances are beyond the partners’ control.
It is so much more than what you as the managing general partner do or do not do in your day-to-day running of your practice.

This is why, in my opinion, this is coverage lawyers cannot afford to be without. Employers practice liability insurance (EPLI, as it is called) is far-reaching and even takes in the almost unimaginable — as in the examples we’ve seen here appeared to the lawyers involved. This type of protection would cost about $800 a year.

How To Easily Plug All Fatal Gaps In Your Lawyers Professional Liability Insurance. 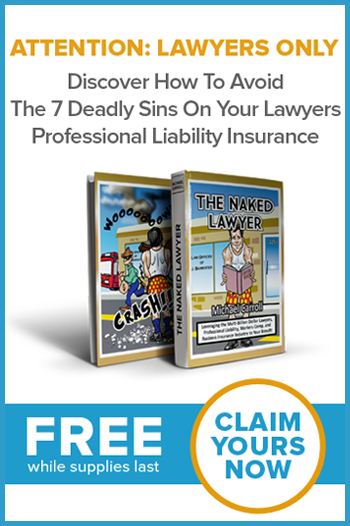